by Rahul Sethi
in Information, Articles, Knowledge Base
Reading Time: 4 mins read
A A
0
84
SHARES
Share on TwitterShare on WhatsAppShare on Facebook
ADVERTISEMENT

Initiated as a mammoth universal identification project by the Indian Government back in 2009, Aadhaar is now acclaimed as the world’s largest biometric identification program. Earlier began as a test project in a few villages, this transformation swiftly expanded to include all Indians under the Multipurpose and Biometric National Identity Card project, enrolling 1.2 billion people (about 89% of India’s population) under the UID network.

To make this transition legitimate, the Citizenship Act was also revised to give a constitutional endorsement to the Aadhar Card scheme. Did you know anyone who has been living for more than 182 days in India can get himself enrolled in Aadhar Card Network for the evidence of identity? Here, our team has compiled such lesser-known facts about Aadhar Card that every Indian should know. 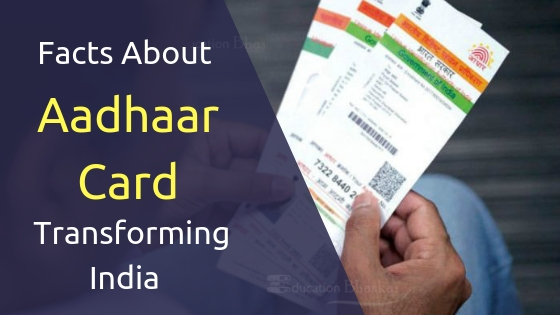 Before we start talking about those surprising facts, let us talk about the concept of Aadhar Card and what makes it a unique id:

Aadhar Card is basically a biographic and biometric data of Indian citizens that includes name, date of birth, gender, address, a photograph, and ten fingerprint and two iris scans. Apart from this biometric data, a unique 12-digit Aadhaar number is also printed on this card. The Aadhar Card is a not necessarily a citizenship card that is compulsory for all, but just a residential proof, but the state has made it mandatory in more than three dozen government schemes making it indispensable. The printed version of this unique number and biometric information is called Aadhaar Card, and the electronic version is called e-Aadhaar. Anyone can download Aadhaar Card from the official UIDAI website.

11 Facts About Aadhaar Card Transforming India You Should Know

How to choose a Best Affordable Ergonomic Gaming Chair with Speakers

How to choose a Best Affordable Ergonomic Gaming Chair with Speakers