Why Engineering is most Impressive Field of Research in India?

Indian engineers are renowned for their research and skills worldwide. Engineering in India can be traced to ancient civilizations. Engineers of ancient India were responsible for designing everything from complex water supply and drainage systems used by the extinct Harappa and Moenjo Daro civilizations.

They developed complex technologies for construction of some of most amazing temples of this country. Indian engineers are also claimed to have pioneered flying through ‘vimanas’ or mercury fuelled aircraft mentioned in ancient texts. 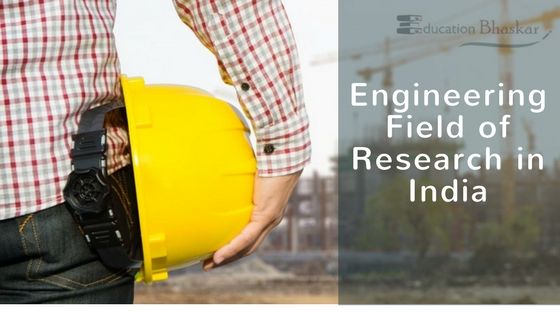 Notables include Sir Jagdish Chandra Bose, who invented Crescograph, used for measuring the growth of plants, pioneered study of radio waves and fiber optics. Bose is also credited as the father of India’s engineering research.

Another renowned Indian engineer is Sir. Mokshagundam Visvesvaraya, who laid the groundwork for flood prevention and proper water irrigation systems of this country. Both were awarded Companion of the Order of the British Empire, during British rule of India.

The world’s highest honor for engineering research, the Nobel Prize was won in 1930 by Dr. Chandrashekhar Ventat Raman also called Dr. CV Raman. He is credited with presenting nearly 500 research papers. His nephew, Dr. Subhramanyam Chandrashekhar also won a Nobel award for physics in 1983- an engineer of Indian origin who had acquired US citizenship.

These pioneering engineers can rightly be credited for bringing India on the global map of impactful engineering research. Their legacy continues till date.

According to a report published by global researcher and publisher, Elsevier, institutional collaboration in India accounted for 46 percent of impressive research and scholarly output while 16 percent was through tie-ups with foreign universities, companies, and other organizations.

National collaborations in India contributed around 32 percent of research and scholarly output. The Elsevier report titled ‘International Comparative Performance of India’s Research Base’ was based on impactful research by engineering institutes in India for the year 2013.

According to information from various sources, India has collaborations with several countries for impactful science and engineering research. The most impactful collaborations are with Brazil, China, the Netherlands, Russia, Spain, and Sweden.

Additionally, India also has collaborations with Japan, Israel, South Korea, UK, US, France, Germany and South Africa, among other nations.

Further, India now contributes nearly five percent of impactful scientific research in the world, which is considered as a substantial figure. In earlier years, India’s contribution was fairly low- around two percent per year.

There are several major contributors for impactful research on science and engineering in India. One of the major contributors was Indian economy post independence in 1947. Indian industry was fairly well developed before 1947 since the subcontinent was a major source of raw material and finished goods for the British Empire.

Partition of the Indian subcontinent and rampant poverty in rural areas forced India to develop indigenous technologies, since importing them was not possible for a newly independent nation struggling with economic woes.

The Cold War also affected India since advanced technologies from the US and other Western nations could not be imported due to this country’s highly apparent tilt to erstwhile the Soviet Union. This factor also provided an impetus for Indian engineers to engage in impactful research that would overcome these hurdles.

The 1990s, however, opened several new vistas for engineering and research in India. Liberalization of the economy, the arrival of Multinational Companies (MNCs) and waning inclination towards the former East Bloc saw topmost engineering colleges in India get collaborations with their counterparts abroad. It became imperative for India to develop better technologies and research to gain a top position in the world.

India made history on 24th September 2014, when it became the first country to place a space probe- Mars Orbiter Mission– fondly called Mangalyaan in India- in the first attempt.

Earlier, the country had made significant strides in aerospace and aviation technologies by launching Chandrayaan- a lunar probe and indigenous missiles for the nation’s defense. India is also a pioneer in several fields of biotechnology, nanotech, and others.

These factors have spurred topmost engineering colleges and institutes in India to focus more on research and development rather than mere studies. Consequently, engineering students and faculty now conduct more research in various technologies than any time earlier in the history of this country.

The trend is continuing as more and more scientific research papers from India are being published worldwide. A large number of these research papers speak of groundbreaking work in new fields of engineering and technology.

As proven by the Elsevier report and facts presented, it is evident that engineering has significantly contributed to impactful research in India. The trend will continue and boom over coming years, including in the foreseeable future.

The country is undergoing industrialization and working towards self-reliance in almost every sphere. The Indian government rightly deserves full credit for advancing meaningful research of engineering and science in India.

Modern initiatives like ‘Make in India’ and ‘Skills India’ are providing a great platform for developing the industrial base of this country by promoting indigenous technologies and research as well as advanced skills required by foreign companies and other organizations that are eying investments in this country.

India’s has also pioneered several technologies in agriculture that are now being utilized by countries in South East Asia and Africa to attain self-sufficiency in food production.

Understandably, there are several gray areas in technology in India. However, Indian engineering colleges, students, and faculties, as well as researchers, are working arduously towards covering them.

As a result, the world can expect an increasing number of impactful research and its papers being submitted from top engineering colleges of this country.

Mamta is a writer at heart and post graduate. She writes blogging, social media, and stuff on writing on her blog. She has received the huge response for her work and is a favorite of her readers.

UPTET Preparation Tips & Strategies- How to Prepare for the UPTET

List of Fake Universities in India 2021 declared by UGC www.ugc.ac.in

How to Become a Data Scientist- Career in Data Science !