Every student has very high hopes for his future career. He/she dreams of going to a prestigious university to study and finally make it big in the field of his choice. Getting that degree is like getting hold of the magic lamp whose genie will grant every wish in the future, that wonderful job that they will have and the endless possibilities associated with it.

Of course, education is important if not a basic necessity in the present times. To quote U.S. President Barack Obama, “In an economy where knowledge is the most valuable commodity a country has to offer, the best jobs will go to the best-educated – whether they live in the United States or India or China.” To find and hold a meaningful job and flourish in one’s career, the right kind of education and training is of prime importance. It’s as simple as that. 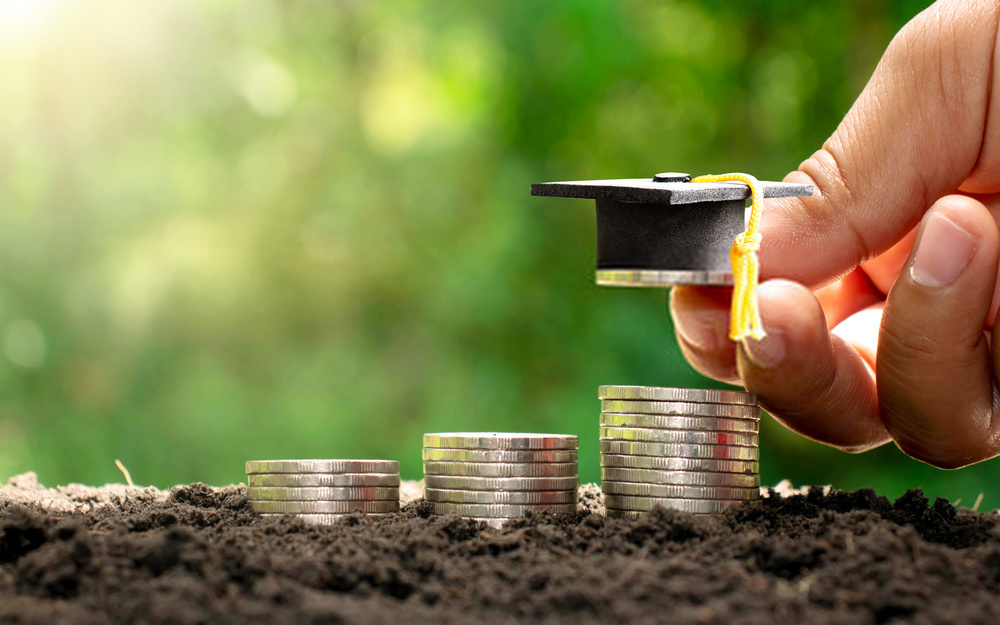 Yet what is not that simple is getting that very education that one hopes for. Higher education is not free like basic education for children in our country. The government has curtailed subsidies to universities and colleges which means that they have to find their own resources and have to generate their own funds. This they do by putting the onus on the students, raising tuition fees and asking for capitation fees. Education has thus become unnecessarily expensive.

It would not be wrong to say that times have converted education into a commodity. The student has become the consumer. The university is like a business corporation. Students now ‘buy’ their degrees and base their goals according to shifting market values of those degrees.

For the poor, there is often no way they can afford higher education. Middle-class people view their children’s education as an investment in their future so parents are more than willing to support their children in their dreams. Parents often sell assets or mortgage property to fund their children’s aspirations to get into a ‘good’ college or university which they hope will pay off in the future. When they cannot fund their children themselves they turn towards college loans as the quick and easy way out.

There is no doubt that education loans can be a boon for brilliant students who have no other means to pay for their education and who would have fallen by the wayside, earlier, when banks were not ready to give education loans. The whole scenario has changed now with banks encouraging and pushing education loans into the very faces of aspiring students.

Students studying in India can get a maximum loan of Rs 10 lakes while up to Rs 20 lakh can be obtained for studying in a foreign country. The loan repayment begins after one year of the course duration or after six months of the employment. This period is known as the moratorium period. Only simple interest is charged during this term. After that term, compound interest is applied. 1% special discount in the interest rate is given to those who repay the interest in the moratorium period.

The education obtained through the use of a loan can thus be a ladder for success, for climbing out of poverty and ignorance. College is definitely worth it. Getting a degree is valuable there is no doubt about that. Those who go for studies abroad get the chance to broaden their horizons, get jobs abroad sending remittances back to their country, with the obvious advantages of exchange rates. They may even be able to settle there in better living conditions.

However, what if? What if one is unable to find as high-paying a job as they would like? What if there is a loss of employment for any reason? What if some ill-health, mental or physical disability crops up? What if the degree that one has paid through one’s nose for wasn’t really worth it in the long run? What if all one is able to get is an underpaid job like a waiter or taxi driver job in spite of the degree?

In such a scenario one can often end up saddled with a debt that becomes more and more difficult to pay. Ever accruing interest and late fees can add to the burden because of missed payments.

In after-thought, some students rue the day they took an education loan. It becomes like a ball-and-chain dragging them down. They are unable to do their own thing, for example, start their own business or fund some other venture because all their money goes towards the instalments to be paid to the banks. If the property has been mortgaged, it can further add to the worries of having their homes taken away by the banks. Their lifestyle gets restricted and they are only able to start enjoying their lives after all the loan has been paid off, which could take forever. They may want to kick themselves for having been ever so stupid.

So then what is one to do? Go for the loan or not? This is a question worth examining. Before taking a loan students must think long and hard about going in for it and not just jump into it headlong.

There is a misconception that a loan is the only option. They must be smart at the outset and avoid the debt trap if they can by finding a free college.

They must arm themselves with accurate information about the career course they want to pursue. Would it pay off eventually? Can they apply for a scholarship? They must use their resourcefulness to get the required training for a career without going broke. Is it possible to get that degree from a smaller university, public college, or distance course perhaps with equal effect?

If they do go in for a loan, then the loan must be kept to the very minimum. They must not take overdoses of the loan just to get at what seems like easy money at the time.

Taking a flippant or lazy approach to one’s education is a total no-no. One must try and finish the course in the shortest possible time so as to find a job quickly and get on one’s feet. Starting off by managing one’s money wisely from the very beginning is practical. Getting a job while studying can make a huge difference. Payments must also always be made on time to avoid late fees. Restraint on personal expenses is also essential. Repayment of the loan must be a top priority until such time as it is paid off.

With a little bit of creativity, money management, finance skills, hard work and restraint one can get one’s education without falling into a debt trap.

Do You Need a Tutor for GCSE Maths?