Brown Discharge Before or After a Period- Reasons, Signs & Types

by Rahul Sethi
in Health, Articles
Reading Time: 5 mins read
A A
0
ADVERTISEMENT

Brown Discharge: What Does It Mean?

Generally, vaginal discharge occurs on an almost daily basis. It usually is white, thin and clear. But it may happen in other colours too. Brown discharge is cervical mucus that exists in the vagina which is tinged with old blood. The fresh blood which is bright red turns brown with ages in the body. It is a normal discharge like other discharges. It can be both light brown or can be dark brown.

The Appearance of the Brown Discharge

There might be many differences between your regular discharge and the unusual or untimely brown discharge from the body. It could have the consistency like water, jelly, creamy or egg-white kind of. In most of the cases, there will be spotting having dark brown or light brown colour, but in rare cases, it could be the darkest colour secretion (close to black). It might be the old blood left in the uterus from the last period as the residual blood converts into brown colour and expels out of the body in the next cycle. There is nothing much to worry as in most of the cases there are no complications involved. 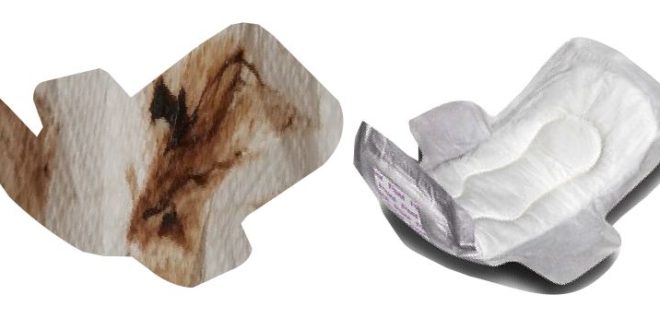 However, it is a concern for the females to get the vaginal discharge on their panty and it might be nothing to worry about. However, it is always good to look for the right ways to explore your issues and find out the reason for such problems in the body. Track down your body’s brown discharge frequency and notice the colour to let your gynaecologist know about the same.

What are the Causes of Brown Discharge?

The most important thing is to notice the colour of your discharge accurately because there is the probability of getting this discharge for a couple of reasons affecting woman health. Here are the causes of Brown Discharge mentioned below:

Brown Discharge Before a Period

Brown discharge before a period is not common but it is possible to happen and usually harmless. It can be the indication for perimenopause or can be pregnancy. It might be a sign of an underlying health condition. There may be the following reasons that cause brown discharge:

Brown Discharge After a Period

Brown discharge before a period is usually common. It is typically due to old tissues or menstrual blood getting cleaned out just after the period. There can be some dark spotting after periods are common and part of their regular menstrual cycle.

Unfortunately, there are many cases in which brown vaginal fluid indicates serious issues:

When to see a Doctor (Gynecologist)- What to do?

Generally, it is common to occur brown discharge. No anything needs to do, not to worry. Although, women need to track or note it down about how discharge occur. In the cases, if it happens more than a couple of weeks, or usually occur before the periods or face or notice other symptoms such as bad smells, pain or cramping, vaginal itching, then it is advised to consult a doctor.

Pest Control: How to Prevent or Avoid from Household Pests