Enrol in a Pharmacy specific Course and Become a Key Player in the Industry!

Over the past few years, India has built itself as a vital player in the global pharmaceuticals sector. Additionally, the country also has a large array of resources in this field – in the form of health-related scientists and engineers who have continuously steered the industry ahead to astronomical levels. India has rightly built itself as one of the global leaders in science and its various domains – be it information technology, electronics, or in this case – pharmaceuticals.

The country has a secure and well-established domestic pharmaceutical industry, this can be depicted by a strong network of approximately 3000 drug companies which encompass nearly  10,500 manufacturing units. The significance and impact of these numbers can be clearly seen on an international level as well. A recent study concluded that the Indian pharmaceutical sector industry supplies over half of the global demand for various vaccines, 40 per cent of the generic demand in the US and nearly 25 per cent of all medicine in the UK. These numbers give just a brief overlook of how lucrative and fruitful this industry can potentially be as a career choice. 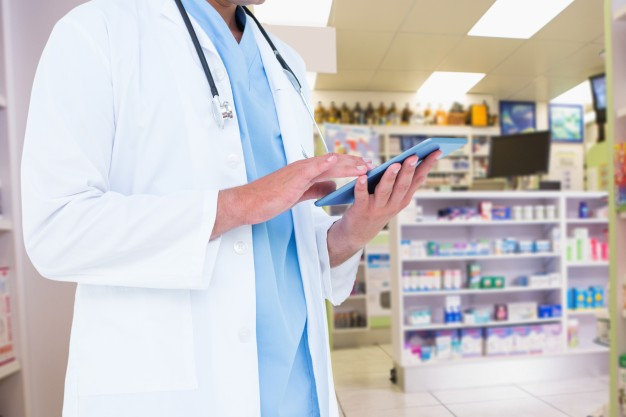 Another point to consider while evaluating the wide-spread dominance of this industry is the fact that it is consistently backed by the government and lawmakers. The Union Cabinet has recently approved the amendment of the existing Foreign Direct Investment policy in the pharmaceutical sector in order to allow FDI up to 100 per cent. The drugs and pharmaceuticals sector has also managed to attract a total sum of Foreign Direct Investment inflows of around US$ 15.93 billion since the turn of the century, according to data released by the Department for Promotion of Industry and Internal Trade (DPIIT).  In addition to this, the government has taken multiple steps to mitigate costs and eventually lower healthcare expenses. The swift introduction of generic drugs into the business has remained in focus and is expected to a major advantage to the Indian pharmaceutical companies. The increasing emphasis on the growth of health programmes, lifesaving drugs, and preventive vaccines also encourages the prospects of the pharmaceutical companies. Some of the other noteworthy points playing a huge role in propelling this industry can be elaborated on below –

Extremely low costs of production along with the fact the industry has witnessed a significant increase in expenditure on research and development has to lead to Pharma exports reaching about 17.27 billion USD in the financial year of 2018

The growth of the economy has lead to an increase in the purchasing power of the common man. Adding to this, the noteworthy penetration of health insurance and subsidies has also additionally pushed levels of expenditure in this industry.

It can be concluded that our country will always remain a feasible destination for generic R&D and production of pharmaceuticals due to its strong capabilities across the value chain. Medicine spending and expenditure in India is estimated to grow by 9-12 per cent over the next five years, which will ultimately result in India becoming one of the top 10 countries in terms of medical expenditure. Going forward, enhanced growth in domestic sales would also depend on the capabilities of the big players in the Indian industry to align and streamline their product depth towards chronic therapies for various diseases such as cardiovascular, anti-diabetes, anti-depressants and anti-cancers that have been on the rise for quite a while now. While India is the third largest pharmaceutical market in the world by volume, the industry has been affected by numerous challenges, namely – the patent cliff, significant price erosion, growing competition and increased regulatory inspection in global markets. However, the industry owing to its sturdy fundamentals, can welcome these challenges and succeed to restore the trajectory of positive growth.

Along with the noticeable evolution in growth momentum, the pivotal question about the Indian

pharmaceutical market has slowly transformed as well. “Is it worth our while to make a serious movement in India?” is no longer the fundamental idea being debated over. Instead, the top players in the industry are deliberating over, “How can the Indian market scale up to an even better growth trajectory, and achieve its full potential?” Nowadays CEOs are asking, “How can we establish undisputed leadership in this important market?”

Currently, a remarkable chunk of the market is being occupied by the wholesale and retail segments. In the next few years, it is expected that this trend will remain the same, and see the retail segment cement itself as the mainstay of the market. Nevertheless, consumption and demand for medicinal products in hospital and clinic settings will rise to a substantial 25 to 30 per cent share of this market. Our country will continue to observe an exceptional rise in medical infrastructure throughout the coming years. Not only will there be a tremendous rise in the building infrastructure, but the nature and types of hospitals and care delivery centres will also witness dynamic shifts.

The fast-evolving and emerging hospital opportunity have diverse implications for the prominent players in this field. Firstly, they need to significantly step up the size of sales teams and also the nature of their functions. Secondly, the model of interaction with hospitals needs to evolve. Pharmaceutical companies need to go beyond the functions of contracting and negotiating, to essentially support hospitals in forming treatment protocols. Thirdly, these companies need to also extend their hospital product portfolio, beyond critical care products and thrombolytics. Relatively newer models in the cases of cardiovascular procedures, for post-procedure care, are relevant examples.

The University of Petroleum Studies offers a 4-year course specially curated to educate students on the practices and norms of the pharmaceutical industry and then apply this knowledge in their professional careers as well. This supply of local talent into the pharma industry cements India’s status of being a powerhouse and leader in the industry.

UPTET Preparation Tips & Strategies- How to Prepare for the UPTET

How to Become a Data Scientist- Career in Data Science !